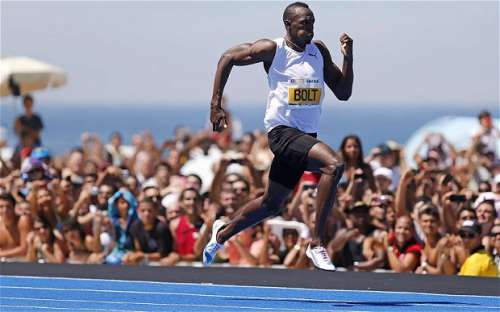 On Sunday Bolt will compete on a specially built track at Copacabana Beach facing some of the world's fastest sprinters in the 100m.