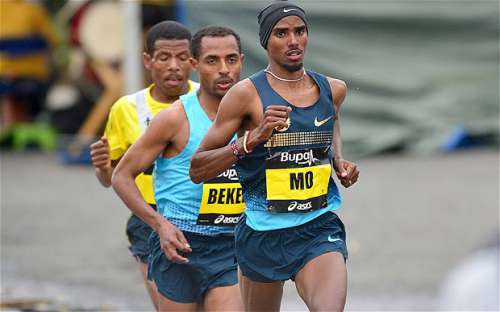 Farah, who will try to defend his European crowns in the 5000m and in the 10000m at European track and Field championships next week, will face reigning world and Olympic marathon champion Stephen Kiprotich.

Last year at the Great North Run Farah in a thrilling finish suffered a defeat by great Kenenisa Bekele of Ethiopia.

“I’m looking forward to returning to the north-east to run my second Bupa Great North Run. I have been part of the weekend several times in the past, taking part in the mile and two miles races at the Great North CityGames on the Quayside."

“Last year was a great race with Kenenisa and Haile over the half marathon. I would like to come back and win this year.” Said Farah.

In April Farah took eight place at the London marathon and since then he has not raced a single road or track race.