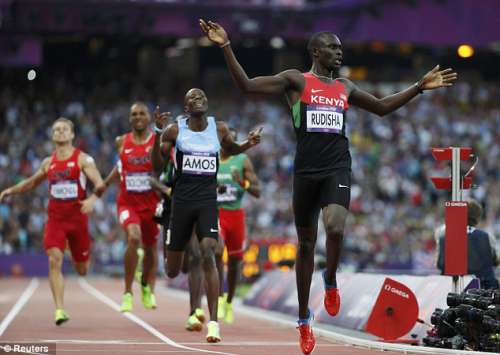 Olympic Champion and World record holder in 800m, Kenyan David Rudisha will start his mission to win his first Commonwealth gold as he is set to run at the preliminary rounds on Tuesday night.

Rudisha´s biggest opponent will be Botswana´s 20-year-old sensation Nijel Amos, who set his personal best of 1;41.73 in London Olympic games final, in the race in which Rudisha broke the world record.

“I am pleased with my progress after a comeback from a knee injury this year,” said Rudisha, who called on Kenyans to pray for him and Team Kenya for good results. “I could have won the World and Olympic titles besides breaking the world record but this one will be precious too,”  Rudisha told nation.co.ke.

“I just want Kenyans to pray for me and promise not to disappoint them as I do my best and leave the rest to God. Competing in the Diamond League and championships are two different things,” said Rudisha. “You need a lot of experience in championships since anybody can win here.”