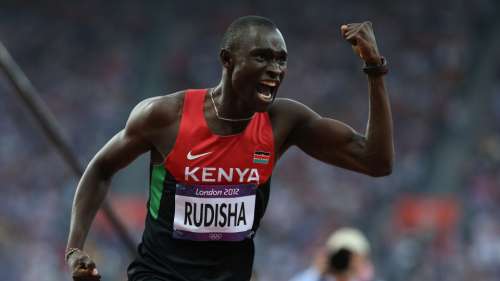 Reigning Olympic champion and World Record holder in 800m David Rudisha will have his final test before Glasgow Commonwealth games as he will face a high quality 800m field at the Glasgow Grand prix Diamond League meeting this Saturday.

“The Glasgow Grand Prix will give me the best possible preparation for the Commonwealth Games. I know the field will include not only the best athletes in the Commonwealth, but the world too. I know I will have to perform at my best to secure another victory.” said Olympic Champion Rudisha.

Last year Rudisha suffered a knee injury and on his comeback race on May 31 in Eugene Diamond League lacking strength in the last 100m he faded from  the 1st place to 7th cloking 1:44.87. Two weeks later on June 14 at the New York Diamond League Rudisha took a very confident win with a season's best time 0f 1:44.63.After the New York meet Rudisha returned home to Iten Kenya to prepare for the Commonwealth games and the rest of the season.