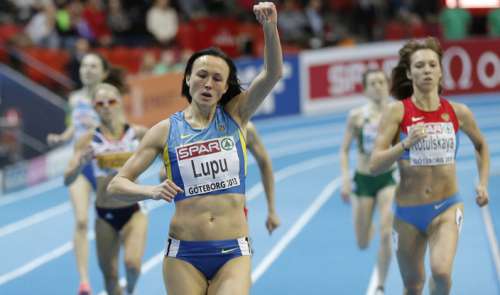 The 2013 European Indoor Champion in 800m Nataliya Lupu of Ukraine has been handed a doping ban for 9 months after her sample taken at the Sopot World Indoor championships returned positive.

Lupu, who at the world indoor championships on  March 7th finished in 5th place in the 800m tested positive for banned stimulant Methylhexaneamine and is ineligible to compete until January 21, 2015.

Like Lupu also in the  IAAF prohibited athletes lists was included Trinidad and Tobago sprinter Semoy Hackett, who for testing positive for the same stimulant Methylhexaneamine is ineligible to compete until April 30, 2015.