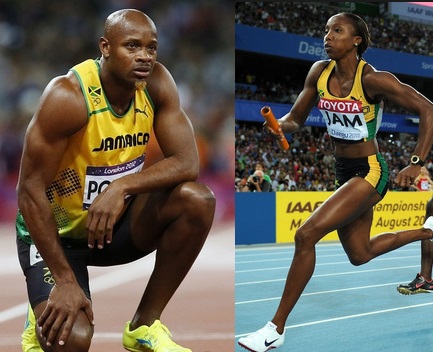 Doping troubled Asafa Powell and Sharon Simpson, who two days days after being cleared to compete by Court of Arbitration Sport (CAS) confirmed their participation at the Jamaican Commonwealth games trials.

Both sprinters last time competed in  June in 2013 at Jamaican National championships, but tested positive test for the banned stimulant oxilofrine. They were suspended for 18-month, but both sprinters appealed the WADA decision  to CAS, which on Wednesday upheld the application for a “stay of the execution” giving them the chance to compete.

The National Trials is scheduled for June 26-29 in Kingston, while the Commonwealth Games will be held in Glasgow, Scotland from July 23 to August 3.

Meanwhile, Usain Bolt and Yohan Blake are not competing at the trials meaning that they more likely are going to miss the  Commonwealth Games.