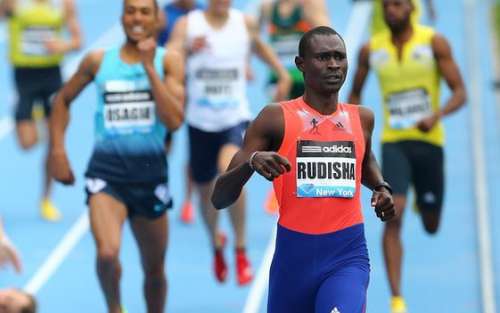 World 800m record holder David Rudisha will make his third appearance  of the year at the Glasgow Diamond League meeting  on July 12.

The 25 year old Rudisha, who is also selected to run the 800m at the Commonwealth games in August, won the New York Diamond League meet on June 15 with a season's best time of 1:44.63.

"My victory in New York has given me a lot of confidence and something which I will take with me to Hampden Park," Said Rudisha, who skipped most of the 2013 season due to a knee injury.

"The Glasgow Grand Prix will give me the best possible preparation for the Commonwealth Games. I know the field will include not only the best athletes in the Commonwealth, but the world too."said London 800m champion.