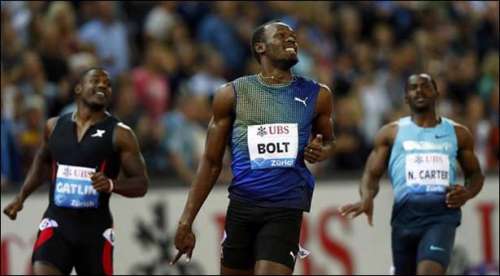 “I always look forward to running in Zurich,” said the six-time Olympic champion and triple world record holder. “The event is always extremely well organised. The atmosphere at Letzigrund Stadium is unique, and the crowd is world-class.” concluded the world's fastest man Usain Bolt.

It will be Bolt's 7th appearance at Wetklasse meeting however, Bolt didn't say which race he will run as the 100m and 200m are in the the meet schedule.

Usain Bolt, earlier this year confirmed that he would participate also at the final Diamond League meeting in Brussels in September.