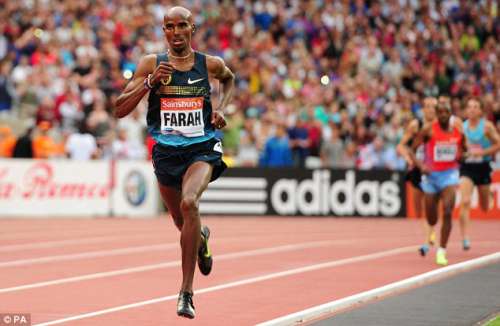 The double Olympic and world champion in 5000m and 10000m, Mo Farah, has been advised by his coach not to run any more marathons until after the 2016 Rio Olympics.

Farah, in his marathon debut in London 2 weeks ago missed the British record by more than a minute, but said that he for sure would try more marathons until the Rio Olympics.

Farah's coach Alebrto Salazar said in the past that his athlete would try 10000m and marathon double at Rio Olympics, but after the London marathon where Farah posted 2:08.21 he changed his plan.

"Let's stick with what he's best at in the world through Rio." Salazar told the Daily Telegraph:

"This was a good year to experiment, because there are no World Championships.'' he added.

"Now Mo has a full year to get back in track shape for the World Championships and another year to go until Rio."

Farah gave another 5 weeks to decide whether he will compete at the Commonwealth Games, which begin in Glasgow on 23 July.

"He's thinking about it seriously. He hasn't committed but he's open to the idea." Salazar said.