• Merritt vs James at Pre Classic 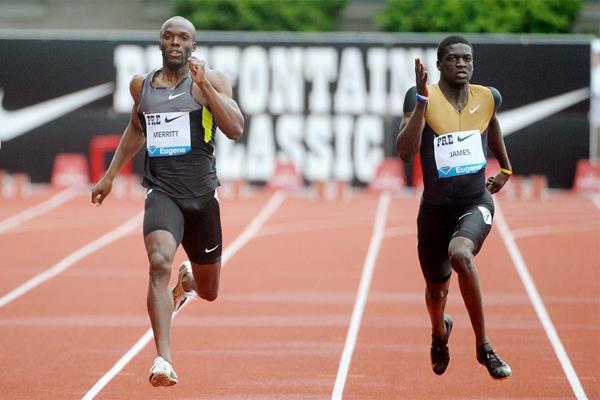 World's top two 400m runners Kirani James of Grenada and LaShawn Merritt of the Unite States will face in the 400m race at the 40th edition of Prefontain Classic on May 31 in Eugene, Oregon.

Both athletes have clashed nine times in one lap race since 2011, with the Grenada´s James winning Merritt on five occasions and Merrit on four.

Last time when both athletes were on the same race was at the last year's  Diamond League meeting in Zurich on August 28.  Merritt won that race over James with a time 44.13 seconds.

Prefontain Classic is the 3rd leg of 14 Diamond League series held on May 30 - 31 in Eugene, Oregon.

Merritt and James All Time Head to Head Stats