• Bolt Motivated Back to Training 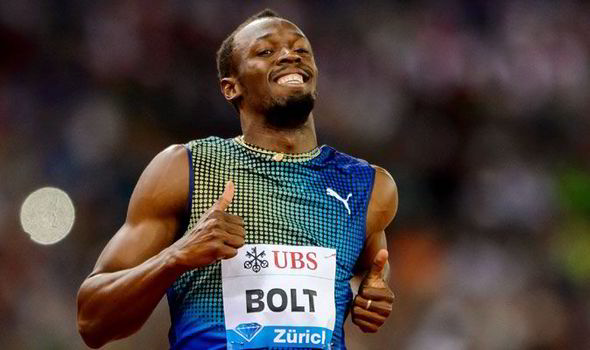 World's fastest man on earth, Usain Bolt, resumed his training last weekend since he injured his foot a month ago.

The 27 year old Bolt, who won three world championship titles in 100m, 200m and 4x100m at the last year's  Moscow world outdoor championships, said his injury was nothing serious and that he is back on full training.

“My experience [the foot injury] has taught me that that’s just the nature of the sport,” Bolt told the Jamaica Gleaner.

"I have discussed with my coach what it will take to lower these records, and he thinks it's very possible,"

"I trust my coach completely, so if coach Mills says they can be broken, then I know I can lower them."  added the 6 time Olympic champion.

Bolt also mentioned in the interview that team Jamaica is capable of braking the 4x200m world record  of 1:18.68 at next month's world relay championships in Bahamas, but he did not reveal that he would compete in the event.

“I just want to run some fast times and finish the season injury free so I can focus on these three major championships coming up,” Bolt said.