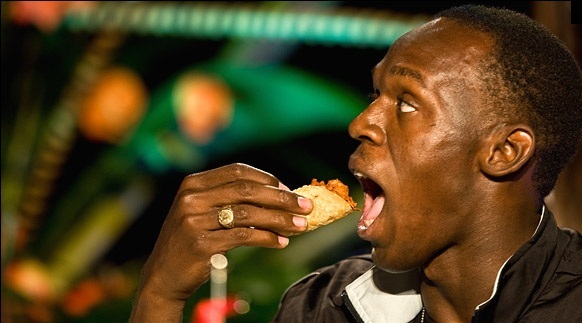 Worlds Fastest Man Usain Bolt revealed to independent.co.uk that he consumed around 1000 Chicken Mc Nuggets during the 2008 Beijing Olympic Games in a period of 10 days.

As the races and training progressed his hunger for Mc Nuggets grew as well.

“At first I ate a box of 20 for lunch, then another for dinner,” he wrote. “The next day I had two boxes for breakfast, one for lunch and then another couple in the evening. I even grabbed some fries and an apple pie to go with it.” said the 6 time Olympic champion.