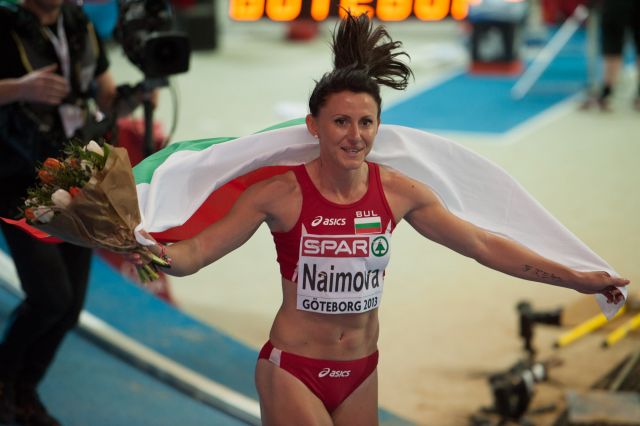 Bulgarian sprinter Tezdzhan Naimova has been banned for life and asked to give back her 2013 European gold medal after testing positive for banned steroids, the Bulgarian athletics federation announced on Tuesday.

In March at the European Indoor Championships in Gothenburg, the 60m dash champion, Naimova, tested positive for the banned anabolic steroid Drostanolone.

Bulgarian athletic federation decided to ban the athlete for life and scratch all her results from the Gothenburg championships.

The 26 year old can still appeal at the Lausanne-based Court of Arbitration for Sport, the federaion added.