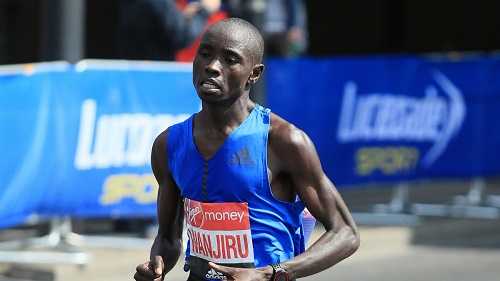 The AIU confirmed on Tuesday that Wanjiru has been charged with  Athlete Biological Passport (ABP) violation. ABP violation indicates that the athlete has used a prohibited substance or method too boost his performance.

The 27-year-old Wanjiru also won Amsterdam marathon in 2016 and placed 8th and 11th at the last two London marathons.

“I am clean in the sports I do,” he was quoted as saying in a statement issued by Volare Sports. “I feel I am already seen as a sinner of doping, but I am not. I am innocent.

More than 60 elite Kenayn athletes have been busted for doping. In January, former marathon World record holder Wilson Kipsang (KEN) was suspended by AIU for whereabouts failures and tampering with samples.