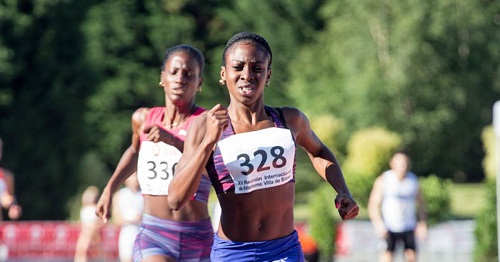 Several World-class results were achieved during the 2020 Copa Cuba that took place last weekend in Havanna.

No spectators were allowed to enter the Pan-American Stadium in Havanna as Cuba and countries around the world are battling the global Coronavirus pandemia.

One of the highlights came in the women's 800m where Rose Mary Almanza, the Pan American Games silver medalist who opened her season last week with 1:59.38, broke the two-minute barrier twice. First, she clocked 1:58.92 in the semi-finals and later in the final she took the Copa Cuba women's 800m title in 1:59.05.

In the women's triple jump Liadagmis Povea managed 14.45 meters to the event over Davisleydis Velazco who set a  new Pb of 14.34 meters for the 2nd place.

Juan Miguel Echevarría, the World Indoor Champion from two years ago, won the men's long jump without 8.25 meters. Maikel Massó was second with an 8.08m jump.