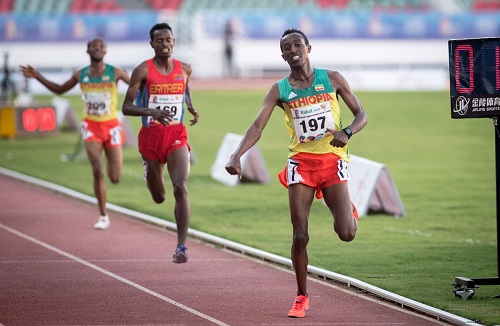 During the 2019 season, the 20-year-old Tsegu claimed the African Games 10,000m title in Rabat, Morocco. Later in the same year, he won Yangzhou Jianzhen International Half Marathon.

His postive EPO came at the Copenhagen Half Marathon on 15 September where he took third place with a new personal best time of 59.22.

At first, Tsegu denied any knowledge of taking the EPO, saying "he was not aware how the drug could have entered his body."

The Athletics Integrity Unit (AIU) banned the Ethiopian runner four years and had all results from September 15 2019 removed from record books.

Ethiopia along with Belarus, Ukraine and Kenya were among four countries included in Category A - Member Federations, which World Athletics believe are most likely to have doping problems.