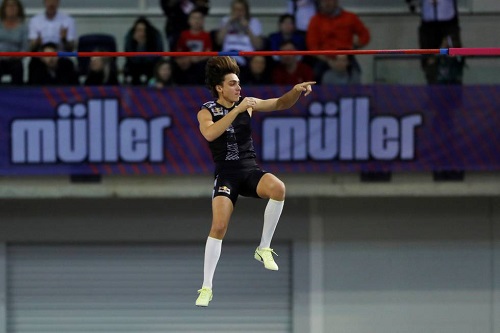 Armand Duplantis will attempt another pole vault World record on Sunday at the annual All Star Perche meeting in Clermont-Ferrand, France.

The 20-year-old Swedish star opened his indoor season with a win in Dusseldorf with 6.00m. A week later, Duplantis improved Renaud Lavillenie’s world record by 1 cm with 6.17m in Torun and added a centimetre by clearing 6.18m in Glasgow on February 15.

On Wednesday “Mondo” Duplantis cleared 6.07m effortlessly at the Meeting Hauts de-France Pas de Calais in Lievin before coming close to breaking his world record at 6.19m in his second attempt.

“Here, I am flat but I think by Sunday I will have regained my energy,” Duplantis told L’Equipe after Lievin. “The All Star Perche, it is a great name for a competition, it is a great place to jump. I am not promising anything but I advise you to watch!”

The evet will be streamed live on RMC 2 and France 3 Auvergne. See live stream info here.