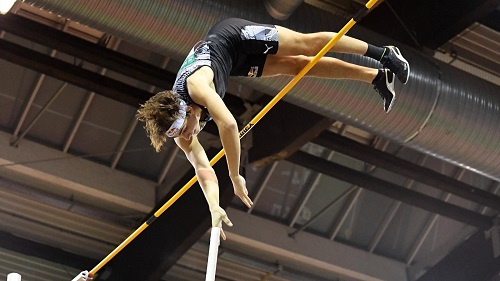 Armand “Mondo” Duplantis will be in the spotlight at the Orlen Copernicus Cup in the Northern Polish city Torun (the birthplace of Nicolas Copernicus), the third leg of the World Athletics Indoor Tour.

US Christina Clemons will take on Nigeria’s Tobi Amusan in the women’s 60m hurdles for the third time in the past seven days. Amusan won the Karlsruhe meeting ahead of Clemons in 7.84 setting the second fastest time in the world this year. Clemons took a re-match winning in Dusseldorf in 7.91 edging Amusan by 0.05. The strong line-up also features Alina Talay from Belarus, who clocked 7.97 in Paris Bercy, and World University Games gold medallist Luminosa Bogliolo from Italy, who finished fourth in Karlsruhe setting her lifetime best with 8.02, 2017 world bronze medallist Pamela Duktiewicz from Germany, 2018 European champion Elvira Herman from Belarus and 2018 world indoor finalist Isabellle Pedersen from Norway.

Three-time European outdoor champion Adam Kszczot from Poland will face German Marc Reuther in a re-match of the men’s 800 metres in Dusseldorf. Reuther clocked the two fastest times in the world of the 2020 indoor season with 1:45.39 in Erfurt and 1:46.13 in Dusseldorf. World 1500m bronze medallist and 2019 European Indoor 1500m champion Marcin Lewandowski and world 800m silver medallist Amel Tuka from Bosnia will also fight for a top-three spot.

World silver medallist Marina Beck Romanchuk from the Ukraine will be bidding to win her second long jump competition in this year’s World Indoor Tour one week after jumping 6.92 in Karlsruhe. The Ukrainian jumper will be challenged by 2019 world outdoor silver medallist Eze Brume from Nigeria and 2016 world indoor bronze medallist Lorraine Ugen from Great Britain, who jumped 6.74m this year.

Great Britain’s Chijndu Ujah will be bidding to win his second consecutive men’s 60 metres sprint race this week after finishing first in Dusseldorf in a seasonal best of 6.53. The Brit will face European Indoor champion Jan Volko, who tied the Slovakian record with 6.57 in Dusseldorf, and 2014 European outdoor champion James Dasaolu from Great Britain, who will make his come- back after a serious Achilles tendon injury in 2018.

Lisanne De Witte from the Netherlands will renew her battle against Justyna Swiety Ersetic from Poland and Switzerland’s Lea Sprunger in the women’s 400 metres. A few days ago De Witte clocked the fastest time in Dusseldorf with 52.30 ahead of Swiety Ersetic (52”49) and Sprunger (52”50).

Ethiopia’s Axumawit Embaye starts as the favourite in the women’s 1500 metres in her third race in one week after her win in Karlsruhe and her second place in Dusseldorf in 4:02.96 (the second fastest time of the season). She will battle against 2017 World under 18 champion Lemlem Hailu, who finished third in Karlsruhe and won in Ostrava.

Reigning world indoor champion Andy Pozzi from Great Britain will run his second 60m hurdles race of the season one week after equalling the world seasonal best with 7.52. The Brit will face US Aaron Mallett, who clocked 7.59 this season, reigning European Indoor champion Milan Trajkovic from Cyprus and 2018 world indoor silver medallist Jarret Eaton from the USA.