• Levchenko and Mahuchik Grab the Headlines in Karlsruhe 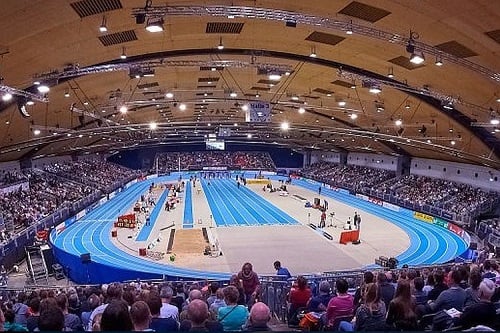 Women’s high jump and men’s pole vault will be in the spotlight at the 36th edition of the Indoor Meeting in Karlsruhe, the second leg of the 2020 World Athletics Indoor Tour.

The top German meeting will be held at the Messe Halle 3 in Karlsruhe. All 5000 tickets have been sold out at the end of December, earlier than ever before.

Ukrainian stars Yuliya Levchenko and Yaroslava Mahuchik will be the headliners of a top-class women’s high jump competition, which returns to the Karlsruhe Indoor meeting after a one-year break. Both jumpers have already shown their top form at the start of the 2020 season. Mahuchik, who won the world outdoor silver medal in Doha setting the world outdoor record with 2.04m, picked up where she left off in her first indoor competition of the year by improving a world indoor under 20 record with 2.01m at the age of 18 in Lviv.

Levchenko, world silver medallist in London 2017, cleared 2.00m in her first competition this year in Kiev in mid-January. The third Ukrainian jumper in the field is Iryna Herashschenko, who cleared 1.99m last summer. 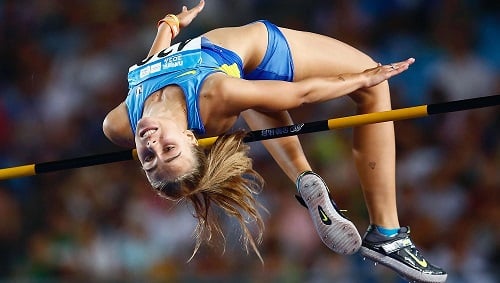 Sam Kendricks will clash against Renaud Lavillenie for the first time this year. Kendricks defended his world outdoor title in Doha with 5.97m and set the US outdoor record with 6.06m in Des Moines. Reigning world indoor champion Lavillenie won the Karlsruhe Indoor meeting three times and set the meeting record of 5.91m in 2016. The Frenchman started his 2020 season with a European leading mark with 5.80m in Bordeaux. German fans will support Bo Kanda Lita Baehre, who won the European Under 23 gold medal and finished fourth with 5.60m at the World Championships in Doha. Another Doha finalist in the line-up is Italy’s Claudio Stecchi, who started his indoor season with 5.72m in Orleans and 5.73m in Bordeaux.

World outdoor long jump champion Malaika Mihambo will not compete in her favourite event, but she will test her speed in the 60 metres in front of her home fans. The German 25-year-old star boasts sprint PBs of 7.24m in the 60 metres and 11.21m in the 100 metres. She set her long The women’s 60m hurdles race has been a special event in Karlsruhe since 2008, when Susanna Kallur set the world indoor record with 7.68. This year’s line-up features Nigeria’s Tobi Amusan, who set the second fastest time in the world this year with 7.87, Cindy Roleder, 2016 European outdoor champion, US Cristi Castlin, olympic bronze medallist in Rio de Janeiro 2016, Alina Talay, 2015 European Indoor champion, Norway’s Isabelle Pedersen, world indoor finalist in Birmingham 2018, and Italy’s Luminosa Bogliolo, who won at the European team Championships in Bydgoszcz ahead of Roleder and the gold medal at the World University Games in Neaples.

World and European silver medallist Maryna Bekh Romanchuk from the Ukraine is the stand-out name in the women’s long jump, which also features France’s Eloyse Lesueur Aymonin, who won the world indoor gold medal in Sopot and the European outdoor title in Zurich 2014. Italian rising star Larissa Iapichino (the daughter of Fiona May and Gianni Iapichino), will make her debut in the international circuit after her impressive win at the European Under 20 Championships in Boras with 6.58m.

World 3000m steeplechase record holder Beatrice Chepkoech will take on 3:58.20 performer Winny Chebet from Kenya and Ethiopia’s Axumawit Embaye (world indoor silver medallist in Sopot 2014) in the women’s 1500m. Chepkoech broke the kenyan indoor record in the 1500m with 4:02.21 in Glasgow and won the World Indoor Tour in this event in 2018.

Reigning 400m hurdles champion Lea Sprunger from Switzerland will start as favourite in the women’s 400m against Netherlands’ Lisanne De Witte, who won the 500m in Boston last Saturday.