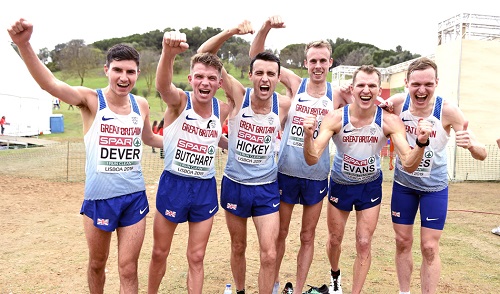 The 19-year-old Jakob Ingebrigsten, the European 1500 and 5,000 metres champion, with a dominant run, won his fourth gold medal in a row in the men's U20 division. He broke the tape in 18 minutes and 20 seconds more than half a minute ahead of 2nd place finisher Aslanhan Ayetullah of Turkey.

"It was a fun race. it looked like it was going to be a difficult race, but after the first lap you already know who's bringing it and who's not." Jakob told reporters after the finish.

"After a couple of years you feel like you've been there and done it all but now I'm looking forward to not being in the junior (U20) category anymore." He added.

Jakob's 26-year-old brother Filip, the defending European cross country champion, could only finish 12th in a men’s senior race which was won by a Eritrean-born Swedish runner Robel Fsiha, who clocked 29:59.

Turkey’s Yasemin Can - who has missed most of the track season with an injury - won a fourth consecutive title, in the women’s senior race completing the course in 26:52.

"I did good. The course was hilly but I was ready for it because where I come from it is like that. For the moment road races not yet, I will keep in the track but maybe sometime in the future I can try a half marathon." Can Said.