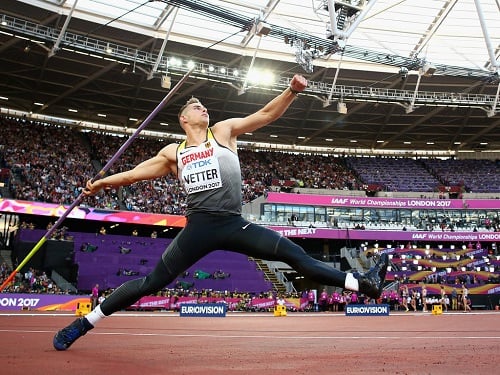 Reigning World Champion, Johannes Vetter, won the javelin competition with the third best throw this year in the World in Bad Köstritz, Germany on Friday (23).

The 26-year-old Vetter, who produced the 2nd best mark in history of 94.44m two years ago in Luzern, in his openning round managed to throw 89.24m to beat Olympic champion Thomas Rohler.

"There is still a lot of room for improvement, and I am glad that I was able to complete six attempts today." said the 2017 World javelin champion Vetter, who has been battling injuries for the past two years.