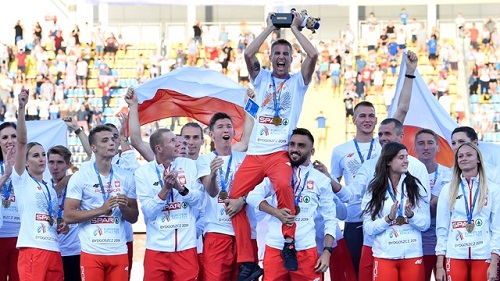 Poland won the European Athletics Team Championships Super League title for the first time in history on home soil in Bydgoszcz on Sunday (11).

Polish athletes won 9 indiviual events and a women's 4x400m relay which was the last event of these championships.

Meanwhile, Portugal prevailed in the European Athletics 1st league championships in Sandnes, Norway. Top five teams from the first league Portugal (302), Belarus (281), Norway (269), Netherlands (259) and Turkey (245) will compete in the Super League in the next championships.