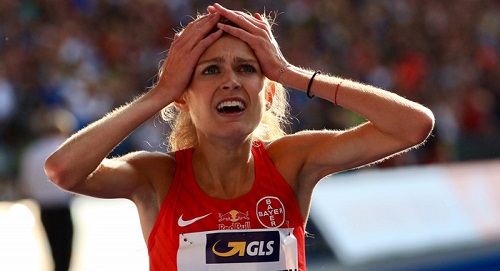 "I wanted to run as fast as I can:" Klosterhalfen told ARD sports.

The 22-year-old Klosterhalfen lapped every runner in the race except Alina Reh, who took silver at with 15:19.42.

Klosterhalfen moves to fourth on the European all-time list ahead of Great Britain’s Paula Radcliffe.

Streaming and other event info here.