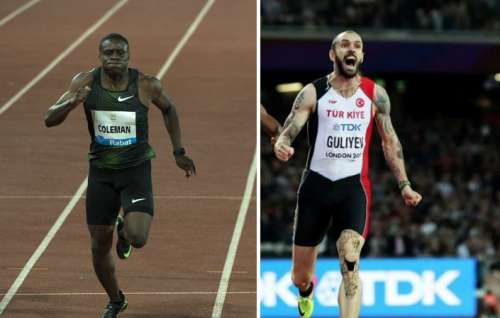 Currently the fastest man in the World, Christian Coleman and the 2017 World champion Ramil Guliyev will face off in the 200m at the Gyulai Istvan Memorial in Budapest on Tuesday, July 9.

Coleman clocked the fastest 100m time in the World this year of 9.81 seconds at the Stanford Diamond League on June 30.

The 2017 World 60m indoor champion, Coleman, holds 200m season's best of 19.97 seconds which is the 9th fastest performance this year. Meanwhile Guliyev has clocked 19.99 seconds and is the 10th fastest 200m performer this year.

"I know the track is fast so I want to go out there and get a personal best:" Said the 23-year-old Coleman, who set his personal best of 19.85 more than two years ago.

The Olympic 400m champion, Shaunae Miller-Uibo from Bahamas, is entered in the women's 200m while her compatriot Steven Gardiner the World championships silver medalist will race the men's 400m.