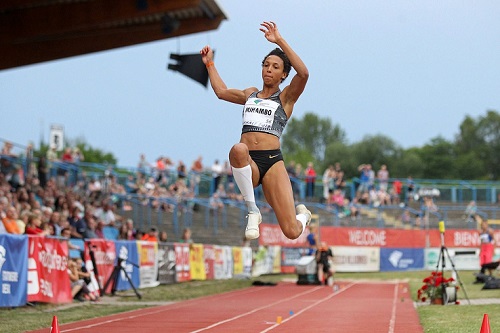 The World leader in the women's long, Mihambo, opened the contest with a solid 6.71m effort. Mihambo continued her dominance in the event with a huge 6.95m jump in the 2nd round while in the fourth round she improved that mark by 2cm. After fouling on het 5th round the 25-year-old German achieved massive 7.05m on her last attempt and to broke the meeting record.  Mihambo, who won the Rome Diamond League with a World leading 7.07m on June 6 became the frst European woman in four years to jump 7m+ (wind-legal) in back-to-back competitions.

Olympic champion Thomas Rohler won the men's javelin with a new season's best mark of 86.99m. This was the third for the German thrower in the last 4 days after he took second at Paavo Nurmi Games on Tuesday with 82.56m and the he finished second at Oslo Diamond League with 86.33m.