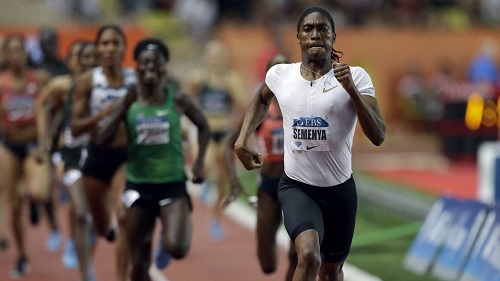 South Africa's Caster Semenya made an early season opener with comfortable victories in the 1500m and 5000m races in Pretoria, South Africa on Saturday.

Caster Semenya competed 10 days before the Court for Arbitration of Sport (CAS) is expected to rule on her challenge to the IAAF’s female eligibility rules.

Last year IAAF introduced a new eligibility rule for female classification. The IAAF is seeking to force so-called “hyperandrogenic” athletes or those with “differences of sexual development” (DSD) to seek treatment to lower their testosterone levels below a prescribed amount of five nanomoles for at least six months.