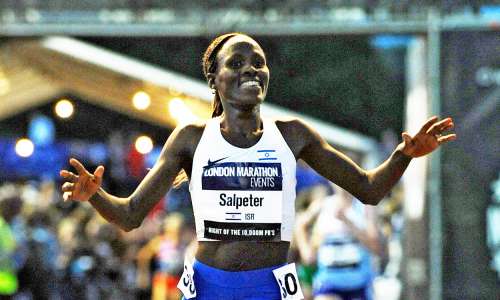 Israeli runner Lonah Chemtai Salpeter shaved 16 minutes from her own PB to win the Asics Firenze Marathon, an IAAF bronze label road race, in a new  CR on Sunday.

Her new personal best time is not only a new course record but also a new Israeli marathon record.

Chemtai appeared on a global stage in August when she took a gold medal in the 10,000 meters race at the European Championships in Berlin but then failed to win the 5,000m as she mistakenly stopped running a lap too early after thinking she had just finished in second place.