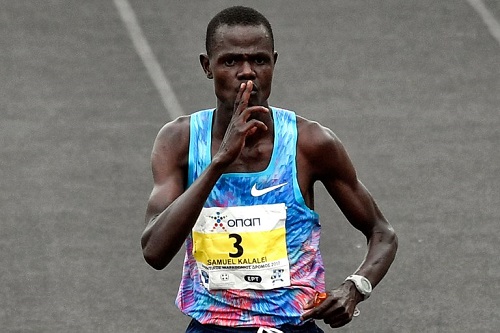 23-year-old Kenyan marathoner, Samuel Kalalei, has been banned from sports for four years for using doping.

Kalalei tested positive for Erythropoietin (EPO), a blood-boosting hormone, at the 2018 Rotterdam marathon where he clocked a personal best time of 2 hours 10 minutes and 44 seconds.

Kalalei, who won Athens marathon in 2017, is among the three Kenyan runner to get a doping ban this year. They include Asbel Kiprop, a 2008 Olympic champion and 3-time World champion over 1500m, and 800m bronze medalist from last year's World Athletics championships, Kipyegon Bett. Both Kiprop and Bett also tested positive for EPO.