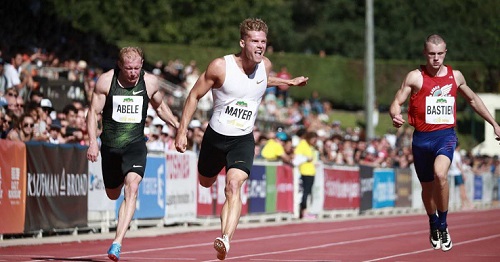 Just one month after competing at the European championships, Kevin Mayer of France returned to compete in his last decathlon competition this season and broke the World record.