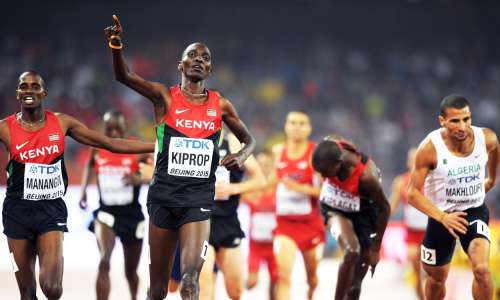 Accoring to United Kingdom Press Association the 28-year-old Kenyan failed an out of competition test for blood-boosting drug EPO.

At 2008 Beijing Olympics Kiprop won gold after Bahrein's Rashid Ramzi was stripped of his Olympic title for positive drugs test as New Zealand's Nick Willis was upgraded from bronze to silver.

While Athletics Kenya has not yet confirmed Kiprop's positive drugs test, local media have been reporting that a top Kenyan runner has failed doping test.