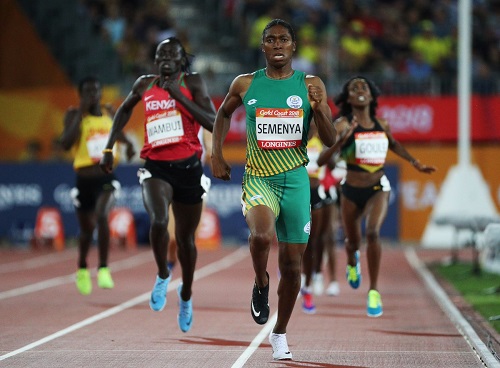 Caster Semenya of South Africa won another gold medal at the Commonwealth Games on Friday 13 April in Queensland, Australia.

The world and Olympic champion cruised to the commonwealth 800 metre title, crossing the line in 1:56.68. Her winning time is a new Commonwealth games record and a new World lead.

Kenya's Margaret Wambui took silver in 1:58.07 while Jamaica's Natoya Goule got bronze in a personal best time of 1:58.82

Earlier in the week, Semenya also won gold in the 1500 metres.