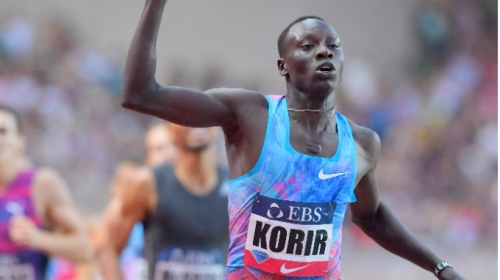 World leader in the men's 800m, Emannuel Korir of Kenya, will not compete at today's 800m heats at World indoor championships in Birmingham due to Visa issues.

Korir who trains in the United States will not go to World indoors in Birmingham because of a system shot down at UK's Embassy in New York city.

“The IT system has shut down in the UK consulate in New York,” Athletes manager Kern Locke told letsrun.com on Thursday night.

"It is a shame Emmanuel Korir could not travel to Birmingham England to the world indoor championship, Because the Embassy could not process his Visa! What a shame!!." Korirs coach Paul Ereng wrote on his twitter page.

Korir was the favorite to win gold in the men's 800m in Birmingham. He holds 2018 World leading time indoors of 1:44.21 he set last month in New York.