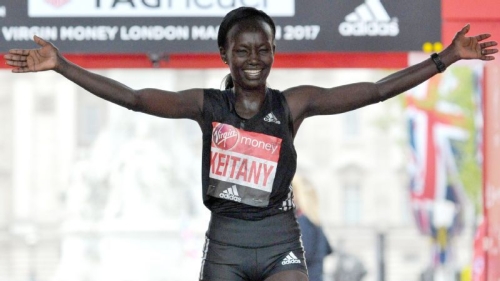 When Radcliffe broke the world record at the 2003 London marathon, she was paced by male pacemakers,  so the organizers of this year's edition will also provide male pacemakers to help the 36-year-old Kenyan athlete to beat the 2:15:25 mark.

“The marathon world record is something that I have been working towards for several years and I feel I am now in the position where I can really attack the time of 2:15:25.

“At last year’s Virgin Money London Marathon, I was feeling good but it was hard to run nearly half the race on my own. By having male pacemakers, I will be able to have the support throughout the race.

“Obviously, any world record is contingent on everything being right on the day. London has shown it has the course for world records to be broken and I hope my form and health stay strong and that the weather is kind on the day.

“I know the record was set by Paula Radcliffe on this course in 2003 and that she is a very popular person in Great Britain but I really hope the London crowds get behind my challenge and can help drive me on to achieve something incredible.” Keitany told media on Thursday.