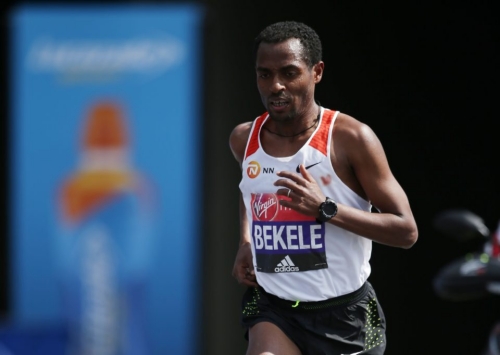 Bekele has confirmed to race the 2018 London Marathon the event organizers announced on Saturday, January 20.

The Ethiopian legend, Bekele,  will line up against Great Britain's 4-time Olympic and 6-time World Champion Mo Farah and the fastest marathoner in history Kenya's Eliud Kipchoge on Sunday 22 April.

Bekele finished third in 2016 and second last year while Kipchoge has won the London marathon in 2015 and 2016.

"I am thrilled to be returning to London for the third year in a row and would love to go one better than last year and win the race. Once again London has brought the best distance runners in the world together so I know it will not be easy." Bekele said.