• Farah Drops Out of Doha 1/2 Marathon with Achilles Pain 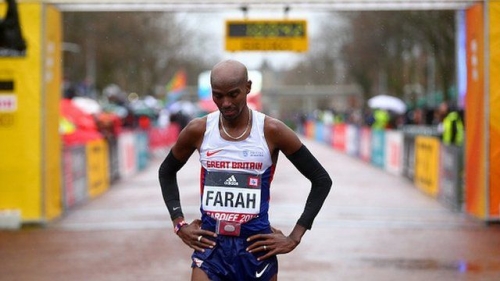 The 34-year-old Farah was due to race his first race in 2018 in Doha on Friday, but the athlete pulled out of the race after he felt some discomfort in his Achilles while warming up.

The men's half marathon was won by Kenya's Alex Kibet who clocked 1:01:53 followed by his compatriot Benard Korir in 1:02:07. Great Britain's Christopher Thompson took third place with a time of 1:03:03.