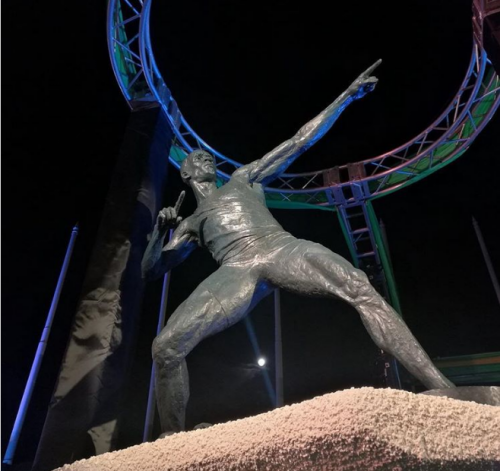 Jamaica Prime Minister Andrew Holness unveiled the Usain Bolt stone statue at Independence Park in Kingston, Jamaica as a tribute to the world’s greatest sprinter of all time on Sunday, December 3.

Usain Bolt is the only sprinter in history to win 100 and 200 meter golds at three consecutive Olympic games.