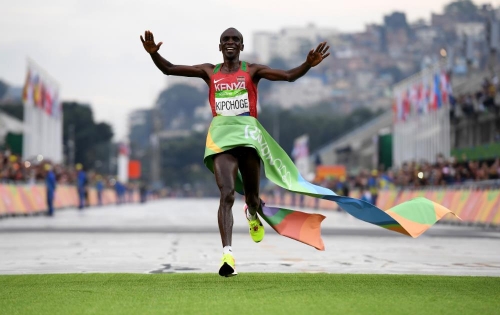 Eliud Kipchoge, who won world 5000m title in 2003, claimed Olympic marathon title in 2016 and nearly broke 2h barrier in the marathon earlier this year, will face Mo Farah at the 2018 London Marathon the race organizers announced on Thursday.

"I'll be taking Mo Farah very seriously. He's a very high profile person and I can say I'm respecting him and treating him with total seriousness. He'll be a big challenge."

"I think he will be successful immediately." he added.