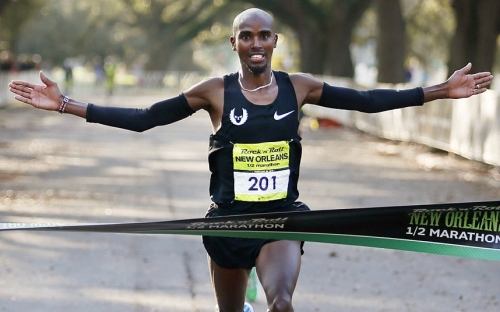 Mo Farah says he could compete in the marathon at the 2020 Tokyo Olympics if he feels he can be on the podium.

After winning gold in 10000m and silver in 5000m at World Atheltics Championships in London in August, Farah retired from the track to focus only on road racing.

The 34-year-old Briton had previously indicated he might not race for his country again in Olympics, but he hasn't completely ruled out the opportunity of going for a medal in 2020.

"If I'm capable of getting a medal or close to a medal (in Tokyo), you will see me." Farah said after receiving his knighthood from the Queen at Buckingham Palace on Tuesday.

Last month Farah split form controversial coach Alberto Salazar and US based Nike Oregon project to move back with his family to London.

"For me it is the biggest marathon in the world, and it is going to be tough. Mo Farah ain't going to turn up and win...it's going to be hard to run." Farah said.