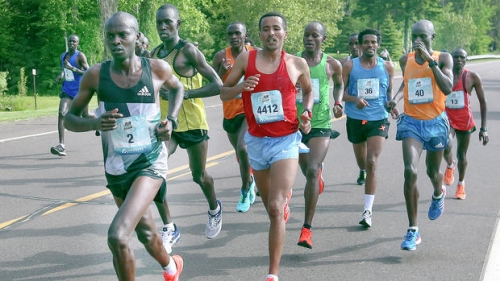 When Spiridon Louis won the first Marathon of the modern Olympic Games in Athens in 1896, the Greek crossed the finish line in the Panathenaic Stadium in 2:58:50. At that time the length of the course from the town of Marathon to the marble arena in the capital was about 40 kilometres. When a record number of 18,500 runners from 100 nations stand at the start line of the “Athens Marathon. The Authentic” on Sunday, they will be running almost the identical course as 121 years ago with the only exception being, naturally, the race is 42.195 kilometres. That’s not the only change compared to 1896. The course record is currently 2:10:37, set by the Kenyan Felix Kandie three years ago. This is the target for his compatriot Milton Rotich on Sunday on one of the most challenging marathon courses anywhere in the world.

Rachid Ben Meziane, the race co-ordinator for the elite field, is highly optimistic that the course record will be broken in the Panathenaic Stadium on Sunday: “The course record will be broken and we hope not only that but that we shall see for the first time a sub-2:10 time in Athens.” If this is achieved, it will be a tremendous performance on the undulating course which rises to around 250 metres and then runs downhill for the last 10 kilometres into Athens.

The organizers are placing their hopes above all on Milton Rotich in this pursuit of the course record. “The Athens Marathon offers me a very good opportunity to try to run under 2:10,” said Rotich, whose best of 2:08:55 goes back to 2013. “I ran 2:09 in 2014 but then had injury problems. It’s only been this year that I’ve been coming back to form after I changed the way I trained. For example, I used to run on the track to improve my speed but I don’t do that anymore,” said the 31-year-old Kenyan who will be running the Athens Marathon for the first time. “I have heard about the course,” Rotich answered when the subject of its undulating nature was raised.

Among Milton Rotich’s rivals should be Chala Damessa and Samuel Kalalei. Damessa from Ethiopia ran his personal best of 2:11:45 last year and the Kenyan Kalalei achieved his best performance of 2:11:47 in 2016. But there is also a past winner of the Athens Marathon lining up among the elite field: Abdelkerim Boubker of Morocco ran 2:11:40 for victory in 2011, surprising the Kenyan contingent. 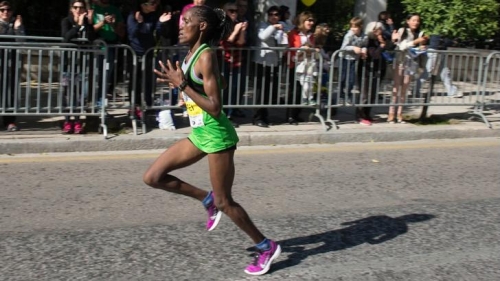 Nancy Arusei’s goal will not be records so much as retaining the title she won on her marathon debut last year. “A year ago I didn’t expect to win. This time I am confident because I have trained well and have experience in the marathon,” said the Kenyan who ran 2:38:13 a year ago. On Sunday she will renew her rivalry of 12 months ago with the Algerian Kenza Dahmani who finished  second in in 2:38:28. The Ethiopians Jemila Wortessa Shure (2:31:50) and Bedatu Hirpa Badane (2:34:47) as well as Alice Kibor of Kenya (2:32:28) should also be in contention.

Taking into consideration the various events taking place in conjunction with the marathon, 51,000 runners will be in action in Athens on Sunday. The Hellenic Athletics Federation SEGAS has once again a record entry to report. “The Athens Marathon is legend and history in one as well as an international festival of athletics and culture,” said Kostas Panagopoulos, President of SEGAS.