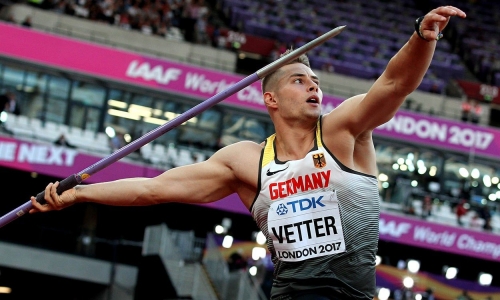 The 24-year-old Vetter, threw a massive 93.89m in round two to defeat his fiercest opponent, the Olympic champion, Thomas Rohler.

“The last days were very stressful. I myself lack the words. It's incredibly fun to throw with the guys,” Vetter told Leichtathletik.de.