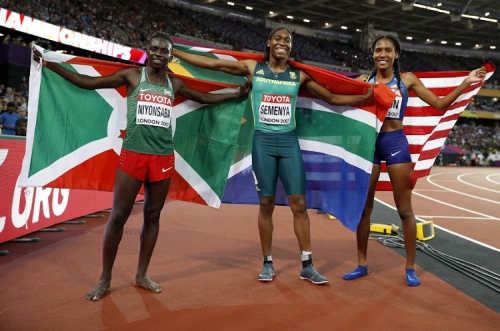 The Olympic champion, Semenya, accelerated in the last 50m to pass American Ajee Wilson and Burundi's Francine Niyonsaba to win her third world championships gold in the  800m in a new personal best and fastest time this year of 1:55.16. 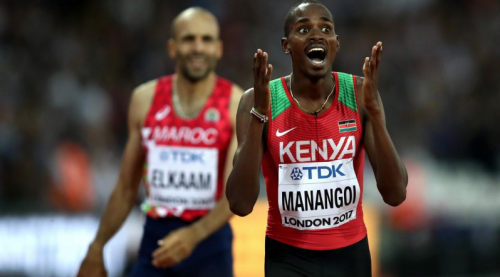 Norwegian Filip Ingebrigtsen dived over the finish line to take a surprise third place in 3:34.53 from Spaniard Adel Mechaal, who recorded 3:34.71.  Defending champion

Asbel Kiprop over the last 150m faded to ninth place. 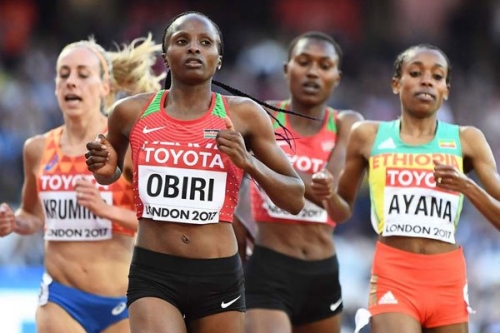 Kenya's Hellen Obiri beat Almaz Ayana, the double Olympic champion from Ethiopia, into second place with a time of 14:34.86.  Netherland's Sifan Hassan of the concluded the women's 5000m podium in 14:42.73.