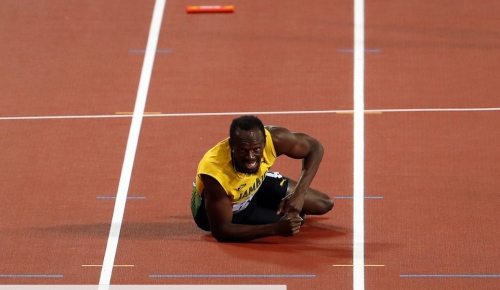 The Jamaican team did not finish the race as its anchor-man, Usain Bolt, was injured suffered and injury.

Team doctors say that Usain Bolt suffered a cramp, however an MRI will be conducted on Monday.

Athletes were held for nearly 40min in the call room and the race was delayed about 15 min.