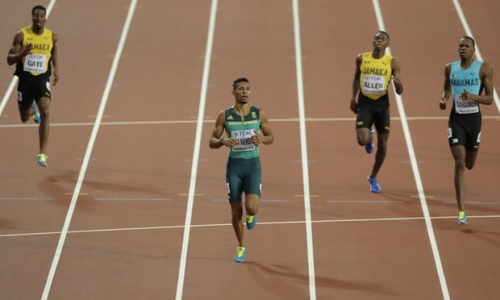 Van Niekerk, who set a new 400m world record  of 43.02sec at Rio Olympics last August, stunned his opponents by running a devastating final curve to cross the line in 43.98 seconds. Van Niekerk's lead in home straight was so big that he even eased up 20m from the line.

Van Niekerk will return to track tomorrow when he competes in 200m semi finals.