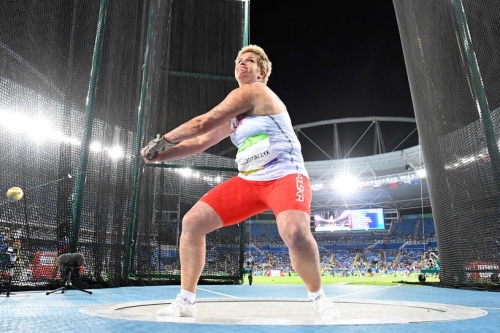 The 2-time Olympic champion Włodarczyk produced one her best series in her career by throwing over the 80m line 5 times. The 31-year-old Polish athlete opened her series with 80.42m followed by massive 82.87m throw which was only 11cm short of her own World record. During the following rounds Włodarczyk achieved 80.69m, 80.73m and 81.63m.

Piotr Malachowski prevailed in the men's discus throw with 67.68m over Robert Urbanek who threw 65.01m to take second.