• Save the Berlin Olympic Stadium, one of the world’s greatest athletics arenas 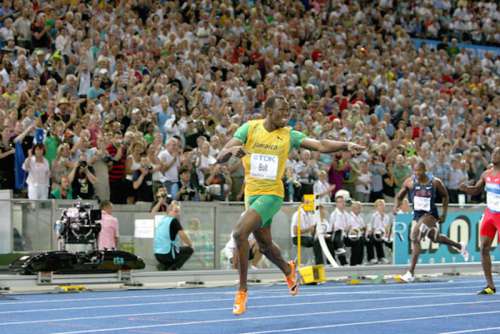 The Mayor of Berlin Michael Müller and his Social Democratic Party, who currently form a governing coalition with two other left wing parties in the German capital, continue with their plans to transform the Berlin Olympic Stadium into a pure football arena. Cooperating with local first division club Hertha BSC their scandalous intention is to get rid of athletics. One of the world’s most iconic athletics arenas would be lost for the sport. Additionally it would cause the demise of the final fortress of German athletics. A massive protest is developing against these reckless plans.

The Berlin Olympic Stadium is a cult venue for top-notch international athletics events. The 1936 Olympic Games, the 2009 World Championships, numerous German Championships and national competitions were staged there. Next year the stadium will see the European Championships and of course there is the annual ISTAF, currently an IAAF World Challenge Meeting and together with Zurich the oldest athletics meeting in the world. Berlin’s 25 k race finishes on the blue track as does the friendship run on the day before the BMW Berlin Marathon. More than 25 world records were established in the Olympic Stadium, which shows the level of top-class sports athletics has brought to Berlin.  While Berlin’s football team Hertha BSC is miles away from any international success and significance, the stadium could nonetheless be turned into an arena dedicated exclusively for football. According to the Bundesliga club, the redesigned stadium would be ‘loud, steep, and close'. But Hertha has also considered a new stadium almost next to the Berlin Olympic Stadium. The protest by the friends of athletics, the German Athletics Association (DLV), the Berlin Athletics Association (BLV) and German Road Races (GRR) is becoming massive.  "Everyone who cares about athletics and historical sports venues must now join together in a concentrated effort, for instance, with an online petition with tens of thousands of signatures," says chairman of German Road Races and former race director of the Berlin Marathon, Horst Milde. "We must counter these plans as fast as possible! The Berlin Olympic Stadium, like the Brandenburg Gate, is a world-renowned icon of German history, and the architecture must not be sacrificed for the business interests of a football club.“ "It would be an incredible scandal and submission to football. In addition it remains to be seen what the historic preservation organisation says to the plans, as the entire Olympic venue is historically protected. So far they have not even been contacted on the matter,“ say Horst Milde and Gerd Steins, the president of the Forum for Sport History and the AIMS Marathoneum, which is also located on the Olympic grounds. Additionally one should not forget that the stadium was rebuilt for the FIFA World Cup 2006 - among other matches the final was staged there - and the IAAF World Championships 2009. To bring it up to date for both football and athletics a sum of around 250 million Euros was invested.  In a statement Clemens Prokop, the president of the German Athletics Association (DLV), said: “With such a repurposing of the Olympic Stadium, Berlin would thus remove not only any chance of ever securing the Olympic Games, but would also remove itself from its position in the first league of international sports metropolises. Saying goodbye to the Olympic Stadium means that there will be no more international athletics championships in Berlin and there will be no more World Championships in Germany. For this reason, we will fight to keep the track in the Olympic Stadium. Among other measures, together with the Berlin Athletics Association we will be launching the initiative ,Save the Berlin Olympic Stadium’ and will see if it is possible to petition for a referendum on it." Gerhard Janetzky, the president of the Berlin Athletics Association (BLV) and longtime head of ISTAF Berlin, expressed his anger and disgust. "The Senate apparently is worried that they will lose the rental contract from Hertha BSC and quickly displayed a readiness to accommodate their wishes for a "better stadium". From the vantage point of athletics, this stadium is the track and field ‘living room'. The proposed actions would mean the end of international athletics in Berlin forever!" German Road Races together with the DLV and BLV is calling on everyone who cares about sports to support the efforts of "Save the Olympic Stadium“. Letters of protest should be sent to:  The Mayor of Berlin - Senate Chancellory -  Jüdenstr. 1 10178 Berlin Germany Or E-mail to:  [email protected] senatskanzlei.berlin.de For more information go to www.germanroadraces.de or contact Horst Milde at: [email protected]
Live Stream