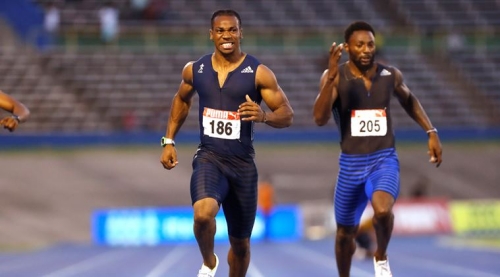 The 27-year-old Blake on Saturday, June 24, took the 100m finals in his season's best time of 9.90 seconds, the second fastest time in the world this year.

"Every time I run, I am getting better and better and I just want to maintain this form going into the World Championships. Every day Usain encourages me at training," Blake said.

"There is no one to fear, I train with the fastest man ever; what's there to fear? I feel really good, and I am confident again and riding this wave of euphoria." Blake responded when he was asked if there was any athlete that he feared on the track.