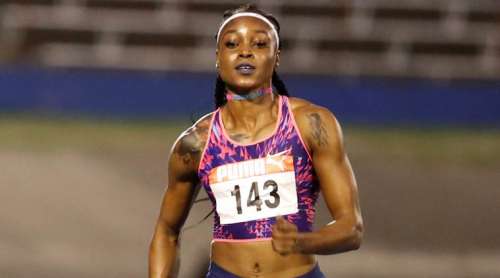 The 24-year-old Jamaican super star crossed the line in a storming 10,71  (wind 0.8m/s) seconds to missing her personal best and her own national Jamaican record by only 0,01 seconds.

There were also very fast time in the  women's 400m hurdle fina. Ronda Whyte won the race in 54.29sec, the 5th fastest time in the world this seaon. Ristananna Tracey clocked 54.49 yo take silver, while Leah Nugen won the third place with 54.54.