• Fajdek triumphs with HT World Lead of 82.40m in Turku 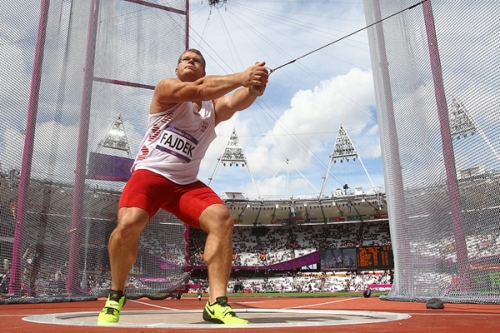 The 2-time World champion Pawel Fajdek threw a massive world leading mark in the hammer throw during the 55th edition of Paavo Nurmi games in Turku, Finland on Monday, June 13.

There was also a world class competition in the men's javelin as seven men threw farther than 82 metres. The Olympic champion Thomas Rohler of Germany threw 88.26m in round  two to  beat his compatriot Johannes Vetter who managed 87.88m also in round two. The London 2012 Olympic champion Keshorn Walcott of Trinidad and Tobago took third with 86.48m.

The women's javelin contest won the European Champion Tatsiana Khaladovich of Belarus who set a new stadium record with  65.03m.

Another stadium record  was set in the women's 800m as Ukraine’s Olga Lyakhova clocked a 2:01.50 for the win.

With an incredible finish Great Britain's Raba Yousif pulled off a victory in the men's 400m race in 45.81 seconds.

World and Olympic champion Caterine Ibarguen of Colombia prevailed in the women's triple jump with 13.97m in her final jump.