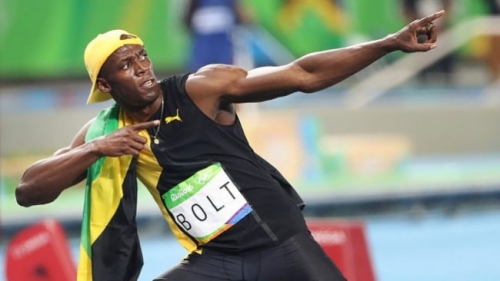 Usain Bolt will run his last race on home soil on Saturday, June 10 at the JN Racers Grand Prix in Kingston Jamaica.

Usain Bolt will compete in 100m against most of the top Jamaican sprinters Asafa Powell, Nesta Carter, Michael Frater and Nickel Ashmeade except Yohan Blake who is entered in section 2.

The meet manager and a coach of Usain Bolt, Glenn Mills, has put together stellar event as several Olympic champions will compete at Racers Grand Prix.

"It's going to be tremendous because of diversity this year, not just because of the sprints, but the quality of competitors that we have," said Mills.

"The last event will be the salute 100 metres that will feature Usain Bolt in his final appearance on the track in Jamaica, so we want to create some fanfare around it and throughout the evening we will have spots that highlight his achievements over the years," he added.

Wayde Van Niekerk the world record holder and Olympic champion in the 400m will race the 200m.

In the men's 800m the main attraction will be double Olympic champion and world record holder, David Rudisha, while the men's 3000m will headline the 4 time Olympic and 5 time World champion Mo Farah,

The event is scheduled for Saturday, June 10 starting at 6:30pm local time.