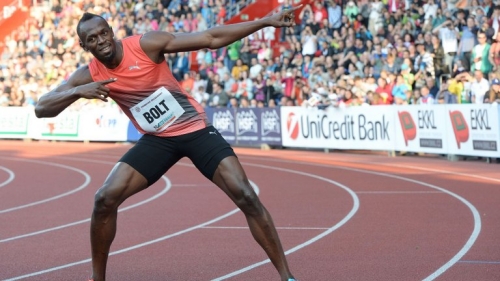 The 9-time Olympic champion Usain Bolt has been confirmed for the 100m at the annual Ostrava Golden Spike meet.

The World's fastest man, Usain Bolt, will make one of his last appearances in the 100m in Ostrava on June 28 the race organizers announced on Tuesday.

“The Golden Spike meeting in Ostrava is always one of the first meetings I put in my diary each year and I am happy to announce that I will be competing there for the ninth and final time on June 28 this year," Bots said

"I think it was the first professional track meet that invited me to run back at the start of my career and it is fitting that I should return there in my final season." Bolt added.

Bolt has raced total of eight times in Ostarva Golden Spike meet; five times he competed in the 100m, twice in the 200m and once raced the 300m.

"We have been discussing the ninth Ostrava appearance of the most wanted athlete of the planet since his last triumph at the Olympic Games in Rio, and this weekend he finally confirmed that he is ready to race and that he wants to come to his favorite Ostrava," said Miroslav Cernosek, the general manager of Ostrava Golden Spike.

"We welcomed him here for the first time as an unknown promising kid from Jamaica, and we will be saying goodbye to him as the greatest star of world athletics.” he added.